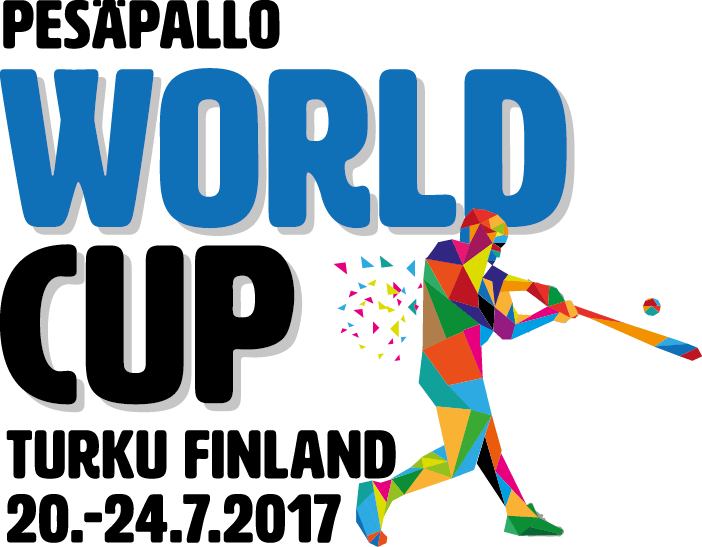 Join us at the 9th Pesäpallo World Cup tournament in Turku

The 9th Pesäpallo World Cup Tournament will be played in Turku 20.-24.7. The event is part of Finland 100 centenary events. Sign up as an individual player or as a whole team. Registration should be completed as soon as possible.

Hi pesäpallo people from all over the world! Believe it or not but there are only 55 days until the 9th Pesäpallo World Cup in Turku. Are you ready for some action? What about these performances? Everybody’s on Facebook! And so are we. Like us at www.facebook.com/pesapalloworldcup/?fref=ts. Remember to get your Super Pass! All players attending the World Cup tournament must get the Super Pass until the end of May. Otherwise even the team registration may be cancelled. In case a player is under 15 years old no Super Pass is needed. More information is available at www.pesis.fi/world-cup-2017/super-pass. Hotel, motel…? If not Holiday Inn, book your accommodation at Turku Touring with very reasonable prices for only World Cup guests. Check out more information at www.pesis.fi/world-cup-2017/accommodation/. Unforgettable ceremony night on Suomen Joutsen Pesäpallo World Cup tournament will come to an end on Sunday. The glorious closing ceremony will take place on historical and very famous ship Suomen Joutsen. It’s a steel-hulled full rigged ship with three square rigged masts. Suomen Joutsen was built in France in 1902 and sold to Germany before government of Finland acquired it to serve as school ship for Finnish Navy in 1930. In the Second World War Suomen Joutsen was used as a supply ship for the Finnish submarine fleet and after that it participated in the demining of the Finnish coastal waters. Ykköspesis game in Pöytyä for free When are you going to arrive in Turku? Over 100 U14 teams will attend Suurleiri Camp from Sunday 16th July until Friday 21st July.  Welcome to follow the games and cheer up for the players of next pesäpallo generation. Local club Pöytyän Urheilijat will arrange a trip to the second league (Ykköspesis) pesäpallo game for foreign World Cup players. Bus transports to the game as well as tickets are free of charge. Sign up for the trip at www.pesis.fi/world-cup-2017/ykkospesis-game.

Pesäpallo rules Check out information about pesapallo at www.pesis.fi/world-cup-2017/rules. Do not hesitate to ask more if needed. Tall Ships Races in Turku 20.-23.7. At the time of Pesäpallo World Cup Turku has the honor to host for the fifth time the Tall Ships’ Races. The ships can sail into the very heart of the city. There is even Tall Ships Races music festival going on. Liam Gallagher and The Cardigans will take the stage on Friday. Starring artists of Saturday include Hurts and Pet Shop Boys. There are also performances for free on the eastern bank of the Aura River. More information: www.tallshipsturku.fi/en. Tickets for the music festival are available here.Can’t wait to see you all in Turku!
Kiss my Turku at www.visitturku.fi

All the information about Pesäpallo World Cup Tournament is found here