Introduction to the game

Pesäpallo is the national game of Finland. It is a combination of traditional ball-batting team games and American baseball. The game was first developed by Lauri ”Tahko” Pihkala in the 1920´s, and in the summer of 2002 pesäpallo celebrated its 80th anniversary. Pesäpallo has changed with the times and grown in popularity. Its success as spectator sport is based on the unique combination of skills, smarts, athleticism and teamwork required in the modern game. The game is nowadays also known by the name of pesis. Rooted deeply in the history of Finland as a nation and in the everyday life in the country regions, pesis is also enjoyed by all Finns in schools, parks and fields as a hobby, which can be played by everybody for great fun.

The rules of pesis are quite complicated, but the idea of the game is simple. One team tries to score by hitting the ball and running through the bases, the other team tries to defend by catching the ball and putting the runners out. The key to the game and the most important difference between pesis and baseball is the vertical pitching. Hitting the ball, as well as controlling the power and direction of the hit, is much easier. This gives the offensive game much more variety, speed and tactical dimensions than in baseball. The fielding team is forced to counter the batter’s choices with defensive schemes and anticipation, and the game becomes a mental challenge.

The manager has an important role in pesis. The offensive and defensive strategies include several prepared plays for every situation. The manager leads his team’s offense by giving signals to the players with a multicolored fan. The defensive team play is directed by the manager’s orders and hand signals by the fielders. Thanks to the continuous communication, decision making and seamless co-operation on the field pesis is a demanding and interesting team sport, suitable for the modern information era.

To an experienced fan the elite league games of Superpesis offer endless variations and innovations of the tactical battle, while a newcomer to the game can be fascinated by the rapidly developing play action and the physical skills, speed and finesse of the players.

A summary of the rules

A modern competition game is played in two periods of four innings each. A period is won by the team which scores more runs in its offensive half-innings. If each of the teams wins one period, the game will be decided by an extra period, which consists of one inning and, if necessary to break the tie, of a special scoring contest.

During an inning both teams take turns playing offense (batting) and defense (fielding).

The batter and the pitcher face each other in the home base, on opposite sides of the circular plate. The pitch is delivered by throwing the ball directly upwards above the plate, to a height of at least 1 meter over the head of the pitcher.

The batter has three strikes available on his turn at bat. A fair hit does not force him to advance; he can use all three strikes at bat before he becomes a runner. A pitch counts as a strike, if the batter takes a swing at the ball or if the umpire rules the pitch legal. If the pitcher delivers a bad pitch (ball), the batter is granted a walk to the first base only if the field is empty. If there are runners on the field, the point runner is granted a walk to the next base for the second bad pitch. A pitch is ruled bad, if the ball does not fall on the plate, if the pitch is too low or if the pitcher commits a violation.

A hit is foul, if the ball first touches the field outside of the boundaries. The batter or the runners cannot advance on a foul hit. If the fielders get control of the ball before it touches the field, the hit is a catch, and all runners who tried to advance on that play are caught. Players who have been caught are removed from the field, but they do not count as outs.

After the batter becomes a runner, he must try to advance safely to the first base. The runner reaches safety on a base by touching the base area before the ball is thrown to a fielder in the base. If the ball gets to the base first, the runner is put out and removed from the field. The batter is also put out, if his third strike is foul hit. A runner on a base is forced to advance, if the next runner reaches safety on the same base.

The offensive team scores a run, when a runner returns safely to the home base after advancing safely through all three field bases. If a batter advances to the third base on his own fair hit, he scores a home run. He can then stay on the third base and try to score again as a regular runner by reaching the home base on a later play.

This summary should be helpful to anyone following a game of pesis for the first time. Knowing and understanding the complete set of rules necessary to regulate all the possible situations on the field is a major challenge even for most of the Finnish fans. The official English translation of the complete playing rules is now available for international pesis enthusiasts willing to improve their knowledge of the great game.

Editor’s note on the translation

Knowledge of American baseball should be helpful in understanding the rules of pesis. Because of the similarities and the historical background, baseball terminology is mainly used in the translation when the meaning of a word or phrase is sufficiently similar in both games. When there is a danger of a misleading comparison, new expressions have been developed and used instead. The new terminology should be consistently used whenever pesis is discussed in English to avoid mixed information. I wish that the translations in this book will prove useful and helpful to pesis fans everywhere and that the national treasure of Finnish sports tradition could be known around the world.

Throughout these rules, players and other personnel are referred to using masculine pronouns only. This practice is carried out for the sole purpose of increasing clarity and readability. The game of pesis is played and enjoyed equally by men and women.

Pesäpallo turns 100 year 2022. As part of the festivities the World Cup tournament was intended to take place in Tampere 2022. However, because of covid-19 it’s postponed until 2023. 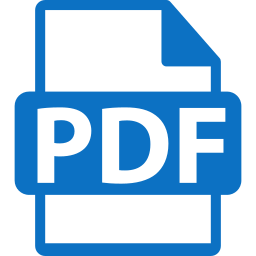