History of baseball in Finland

Back to Baseball Finland in English page 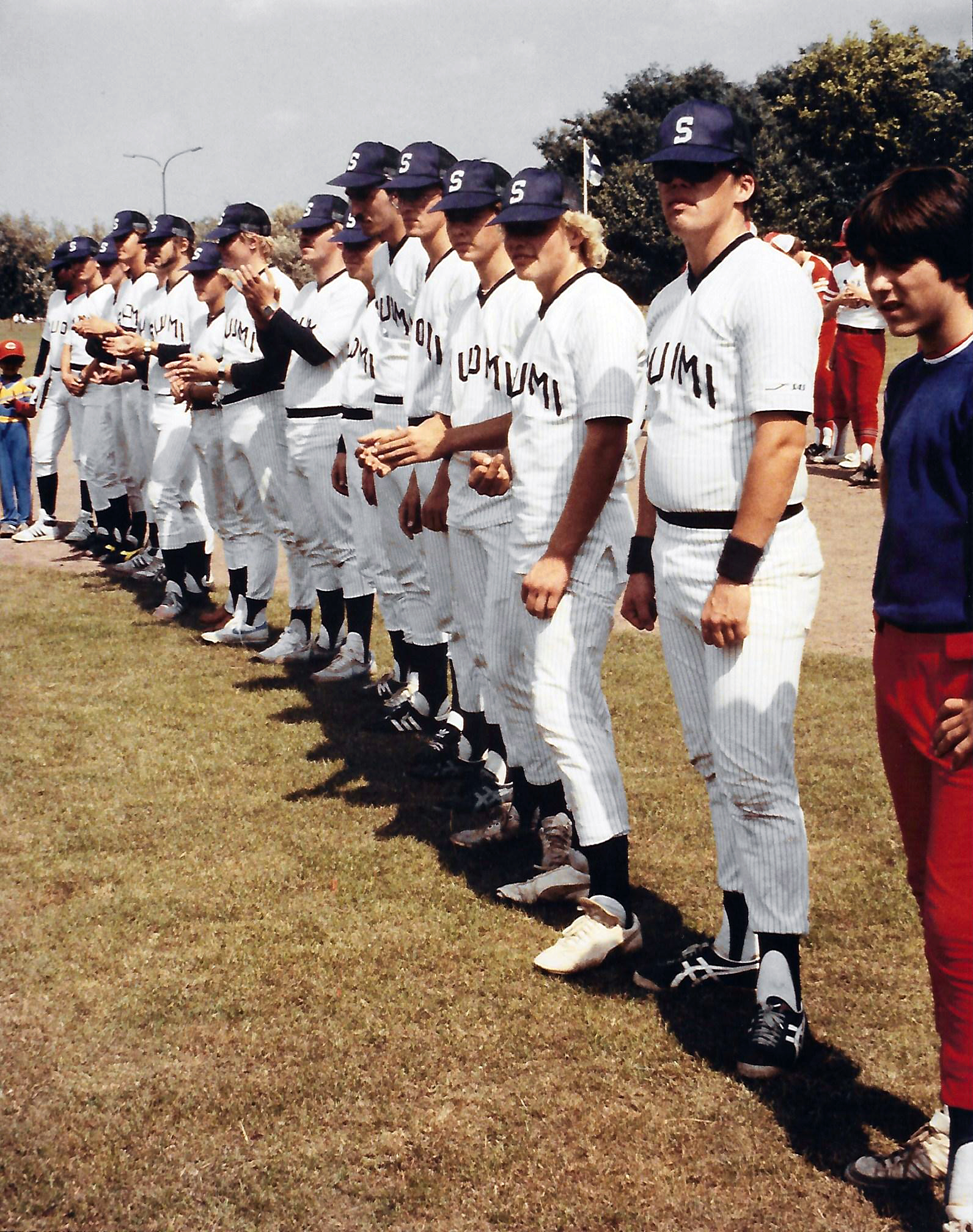 How did it all get started?

Prior to the official start of baseball in Finland at 1981, there had been several instances when exhibition games etc were played in Finland. Most noticeable of those exhibition games was played during 1952 Helsinki Olympic games.

One of the main reasons for the late introduction of baseball in Finland has been “Finnish baseball” aka Pesäpallo, which is a Finnish version of the actual game of baseball. Pesäpallo is a Finnish national sport and has large number of registered players and top league is professional level.

1980 Erkki “Pulla” Heikkilä (one of the key people at Pesäpallo) started a baseball team named Bases at the city of Turku. Bases played 1 year of exhibition games against Swedish teams and they were also one of the teams during the first official baseball season (1981) in Finland. With the spark from these exhibition games, several young pesäpallo players at Helsinki area started the first official/registered baseball team under name Hawks (mother club Katajanokan haukat) with help from the U.S. embassy. This also resulted in the founding of Finnish Baseball and Sofball Federation on March 9, 1981. Finnish federation was accepted as a member of European Baseball Association CEB on March 14, 1981 as 11th member country. First season saw 5 teams in the newly founded Finnish league with Hawks becoming the first national champions. Other teams were Kerava Sluggers, Helsinki Kintaro, Hämeenlinna Zebras and Turku Bases.

Jukka Ropponen was selected as the first president of the Finnish Federation. He had started to play baseball already at Sundbyberg, Sweden during the 1977 season, was part of the bases team playing exhibition games at Sweden in 1980 and was the founder of the Hawks team in 1981. At the end of the season a first ever international baseball tournament in Finland was played at Helsinki with winner being Momotaro from Stockholm, Sweden.

1982 Was a real opener for Finland in international competition. First Wranglers, Helsinki (New team named after the head sponsor and founded by Hawks players that wanted to have their own baseball only club) participated at the European Cup tournament at Leksand Sweden and then Finnish national baseball team played its first games at Antwerp, Belgium where the team participated at the North European cup. Finland faced heavy competition from countries like Netherland, UK, Belgium, France and Denmark. February 13, 1982 Finnish Federation was also accepted a s a member of AINBA. During 82 ladies softball league did also gain speed and new teams were founded at Helsinki and Espoo.

In 1983 ladies national team participated for the first time at the Nordic championship tournament at Lynge, Denmark. Puumat, Helsinki played at the European Cup tournament at Paris.

Ladies softball league did was discontinued due to the lack of participating teams during 90’s.

After the first years and introduction of the game in Finland baseball has been played by fairy small number of active clubs with frequent participation at European Cup tournaments (Helsinki Puumat, Helsinki Devils, Espoo BSC and Espoo Expos).

Espoo Expos has been the dominant force in Finnish baseball by winning 17 Finnish between 2003-2020 and representing Finland in numerous European Cup tournaments.

Mens National baseball team has also been an active participant within the official CEB tournaments like European Championships B-pool and Nordic Championships.

During thew new century baseball has seen some major developments that are key steppingstones for the future growth. New clubs have been founded in major cities like Lahti, Turku and Tampere at southern Finland. First dedicated baseball field was built at city of Lahti followed by the first real baseball stadium built by city of Helsinki in 2019. The number of teams did also grow enough to enable the federation to start 2nd division in 2003.

In 2013 Finnish baseball and Softball Federation signed a co-op agreement with Pesäpallo Federation (PPL) as part of the push from Olympic committee to encourage smaller federations to join larger organizations. Since then Baseball and Softball federation has been part of PPL. These 2 sports have a lot of synergies, but the results have been quite moderate during the first years. Main achievement has been hiring of the first secretary general for baseball and softball as part of PPL staff. This position has been filled from the beginning by Espoo Expos and Finnish national team pitcher Ville-Herman Saarman, who has also been the driving force behind the Helsinki baseball Stadium at Myllypuro sports park.

In 2019 Finnish national team played against St.Petersburg Rebels in the opening game of the Helsinki Baseball stadium. Before the game Finnish Baseball and Softball Federation also announce the forming of Finnish baseball Hall of Fame and inducted 2 first members. Member #1 was Jukka Ropponen, 7-time Finnish champion and ex National team pitcher. Member # 2 was Clarence Taylor who has been coaching National teams and Espoo club teams for two decades.

In 2020 Federation arranged first ever Finnish legends game Vs. Div II All Stars team that did bring a lot of the veteran players back to the baseball field. This game started a new movement, which is resulting as ex-players taking new roles to support the growth of baseball. Members #3 Harri Malmsten and #4 Antero Salo were inducted to the Hall of Fame prior to the Legends game.

Federation has already gotten several ex-players to fulfill positions as board members, PR managers, event managers, umpires etc. With new resources, new facilities and foremost newly established very close cooperation with PPL, Finland has very positive outlook for the growth of baseball in Finland. PPL has 18.000 registered players playing their version of baseball and now federations have agreed on combined strategy to grow their sports in number of players and level of play.